Nollywood celebrities, in the last two days arrived Imo State (an Eastern part of Nigeria) in droves to partake in a fan-fare in honor of Rita Dominic’s traditional marriage to her boyfriend Fidelis Anosike.

Just last week, the news made rounds that Rita was getting married and this was backed up with pre-wedding shots and a hen party that featured Rita’s very friends and associates. And last Sunday, with the absolute support and presence of her friends, Rita had her spectacular bridal shower, which was hosted by Moet and Chandon.

As much as plans for this wedding were private, the turnout and celebrity solidarity was massive. More importantly, the expectation for Rita’s wedding was at par with its actual reality. There was a turn-up, and what would be highly regarded as a traditional African fashion display too. 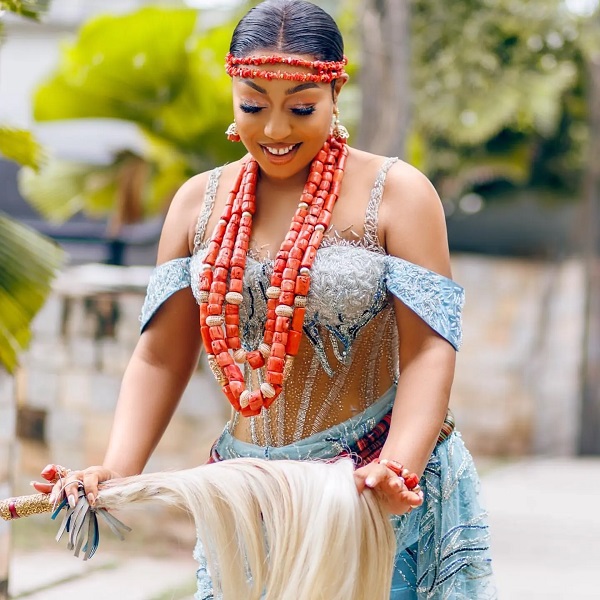 From Dominic’s cute traditional wedding attire which she adorned with heavy coral beads to that of her guests, the ceremony was a glamorous one. With the green and gold theme Aso-Ebi styles, friends and colleagues transformed the traditional nuptials into a green affair in looks we can hardly ignore, as well as spiking a memory that would last us a long time. 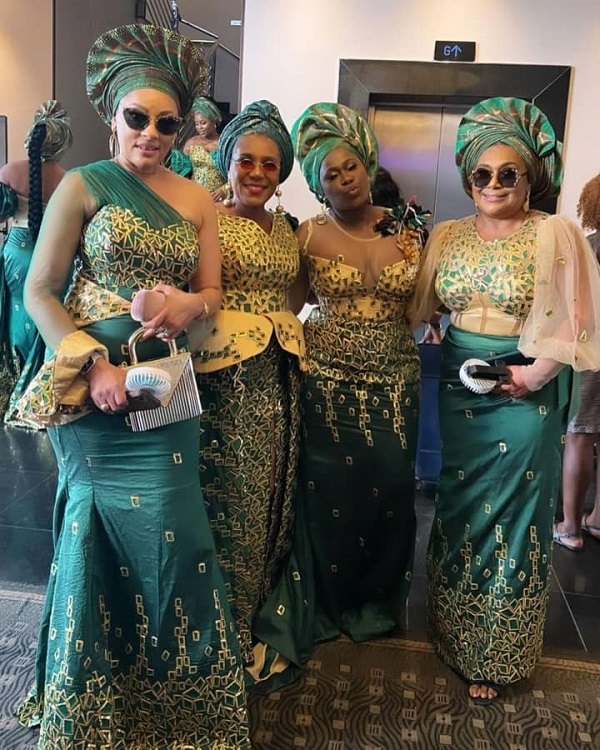 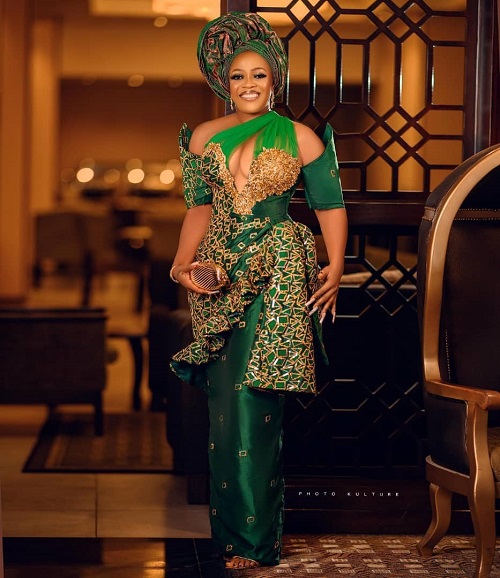 With a peekaboo and vavavoom keyhole cleavage cut-out, actress Eve Esin oozed serious glamour. We are particularly enamored with her dress. 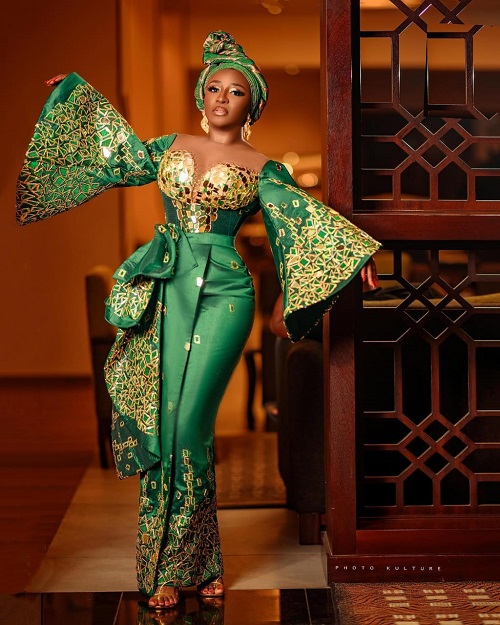 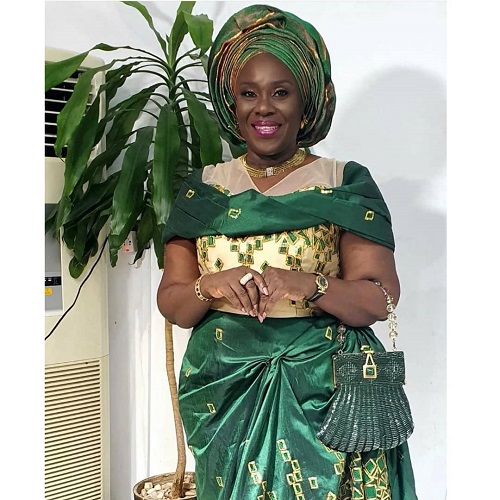 Nollywood veteran, Joke Silva made a stylish appearance in a dark green number and a matching sleek handbag befitting for the Queen. 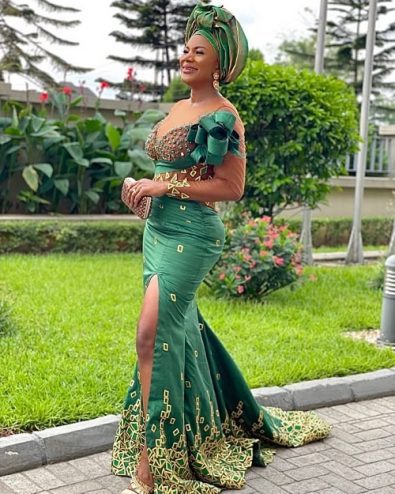 It isn’t an African wedding without the gele headtie, and Kiki Omeli struck a pose in her floor-grazing gown and matching headtie. 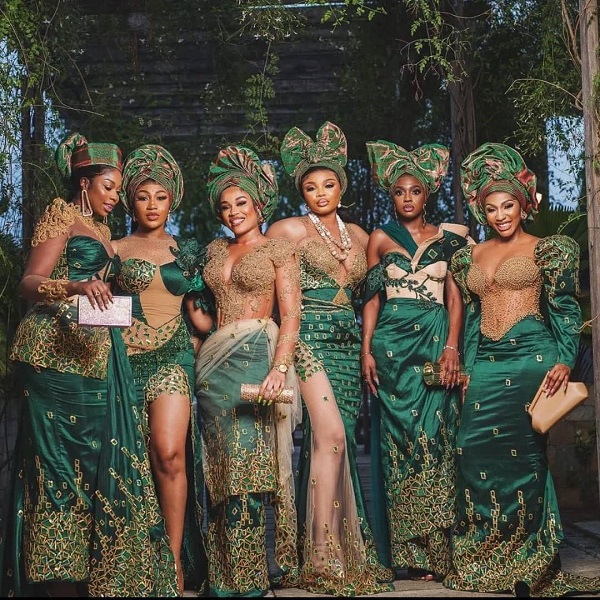 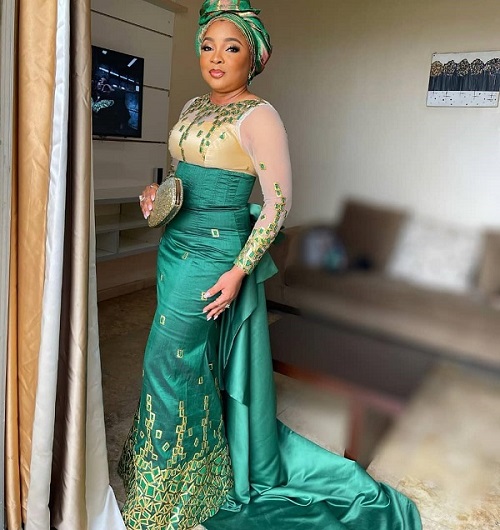 Chioma Akpotha embraced the futuristic design with a structured corseted bodice — a look she finished with a towering gele headtie and gold purse. 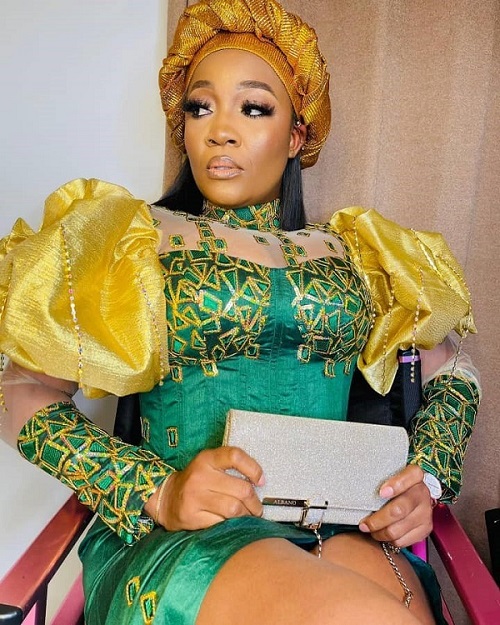 As for Lucy Edet, she brought some drama in puffy ballon sleeves, reminding us the grandeur involved in a green and gold-colored dress. 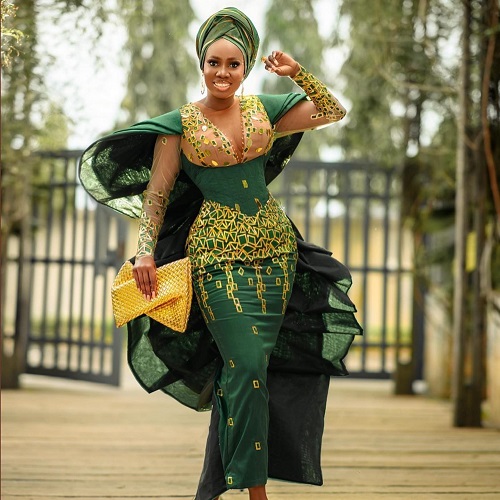 As a designer and stylist, Mimi Linda Yina of Medlin Boss looked regal in her dramatic dress. 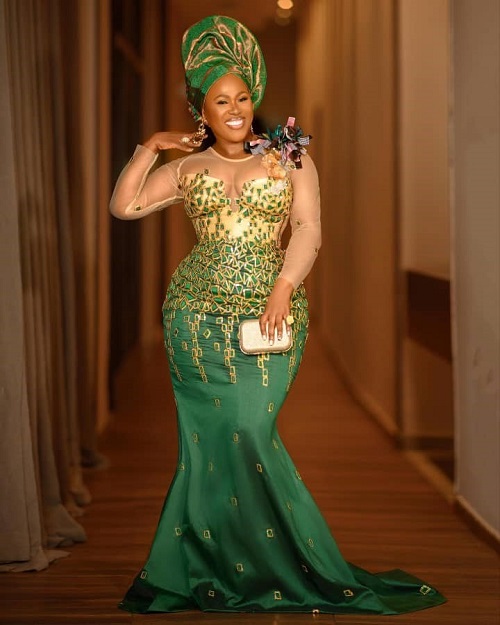 As the one who usually spends her morning in the gym, Uche Jumbo showed off her hard-earned figure in her emerald green number. 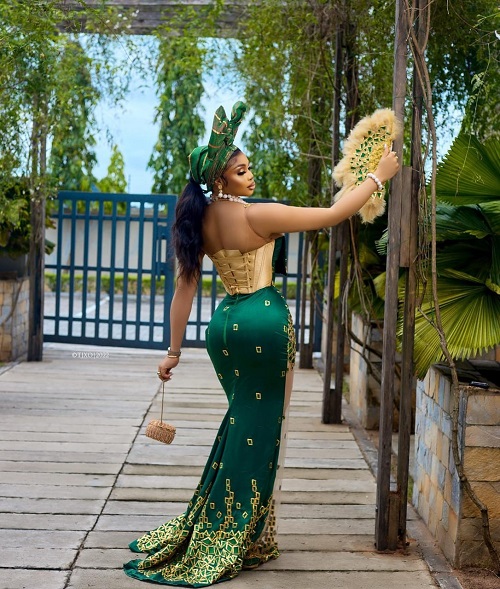 For Vivien Okafor, the fashion entrepreneur and fast-rising actress squeezed her figure into a corset dress with a floor-sweeping skirt. 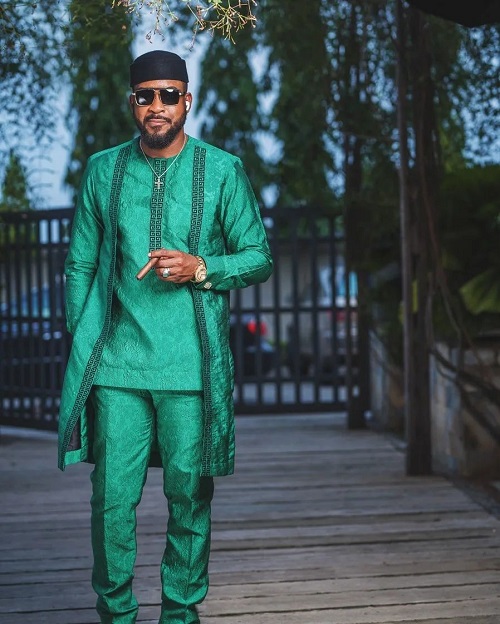 If you haven’t seen him in a movie for some time, Chidi Mokeme made a comeback to Rita Dominic’s traditional wedding while looking poised in this green two-piece. 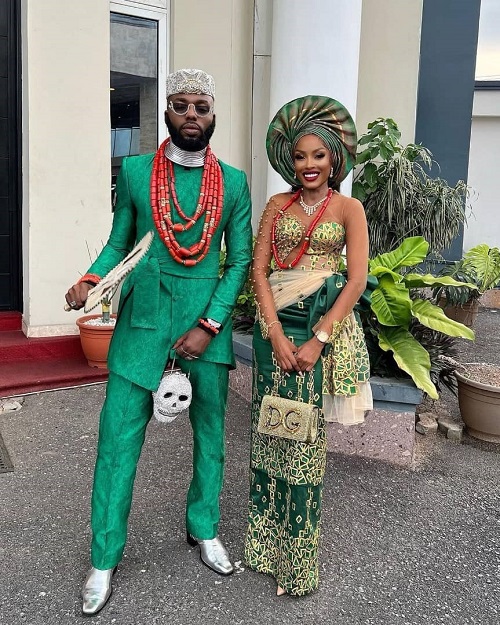 Looking like a true King in his own right, fashion stylist, Swanky Jerry, made his entrance in a green and silver look worthy of the Oscars. 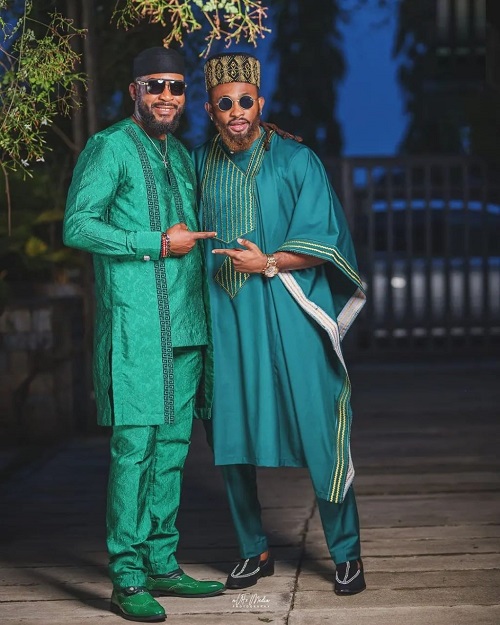 Rita Dominic may have been married but she brought a gang of Nollywood actors and actresses for a reunion. At least, Chidi Mokeme and Uti Nwachukwu says so!