Serena Williams’ bonding with her toddler daughter Olympia Alexis is not something new. Olympia became her mother’s BFF right from day one and ever since then, the tennis star has been demonstrating their unbreakable relationship playing together and dressing alike.

Yesterday, Williams took her adorable 2-year-old to the tennis court in preparation for the upcoming US Open taking place in New York later in August. Quite, as usual, and what seems to be a cool tennis partner to practice with, the mom and daughter sported matching purple Nike bodysuits, different pairs of sneakers, and carried their Wilson tennis racquets. 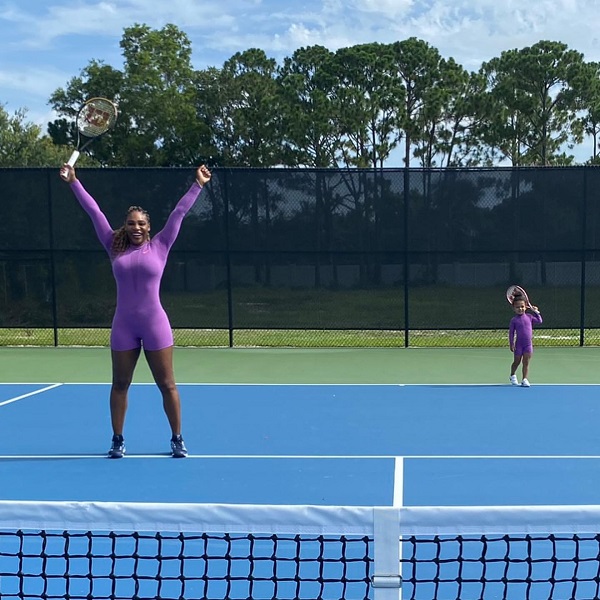 While the 38-year-old rocked her thick, brown locks hairstyle, Olympia’s hair was styled into a messy top bun. We can’t get enough of the two and just a few minutes after sharing the photos as well the video, fans started showering the tennis star with compliments.

Caption this (MUST SWIPE RIGHT)

The last time Serena Williams twinned with her daughter was three weeks ago when she shared a video of them playing in the house together. They both wore a beautiful yellow dress with ruched and ruffled detailing. “Keeping busy,” Williams wrote while her sister Venus Williams commented immediately: “I love her so much!!!…but why is the mom also in a princess dress???”

A Glimpse At The Dolce & Gabbana Alta Moda Virtual Show