Home » Beauty » Hairstyles » Get To Know Natasha Dlamini, The Zimbabwean Actress Whose Love For Short Haircuts Is Incomparable
Hairstyles

If you are having mixed feelings about embracing your natural short hair then cheer up as we get your confidence level boosted up. Meet Natasha Dlamini, the buzzing name in the Zimbabwean movie industry. With a snowballing career, Natasha is one of the names you’d hear in Zimbabwe and of course, the best thing that has happened to the South Central African country in 2022.

Having starred in a series of sitcoms, one thing that has kept the actress on the lips of admirers may not be her acting prowess but her incomparable love for a short hairdo. She’s not the type you’d easily find wearing a voluminous waist-length hair extension or the one who relies on heavy wigs to score her beauty goals. In fact, a quick scroll through some of Natasha’s photos shows a well-represented, beautiful, short-haired African. The short hairstyle has formed her authentic style and we love just how comfortably she rocks it without minding any form of criticism. The 25-year-old is proof that you can be whatever you want to be and this is quite relatable in her background story.

At age 5, Natasha Dlamini was already playing imaginary roles in almost every career. She wanted to be everything-in-one. And guess this is what spurred her career in acting from a very young age.  She would return home after school and play with her imaginary pals, who transported her into a realm of possibilities where everything was conceivable. She emphasizes that there is nothing about her childhood that she would ever change because she firmly feels that this is what inspired her acting today — the capacity to perceive things from a unique perspective, to embrace them, and to let someone else experience them through you. 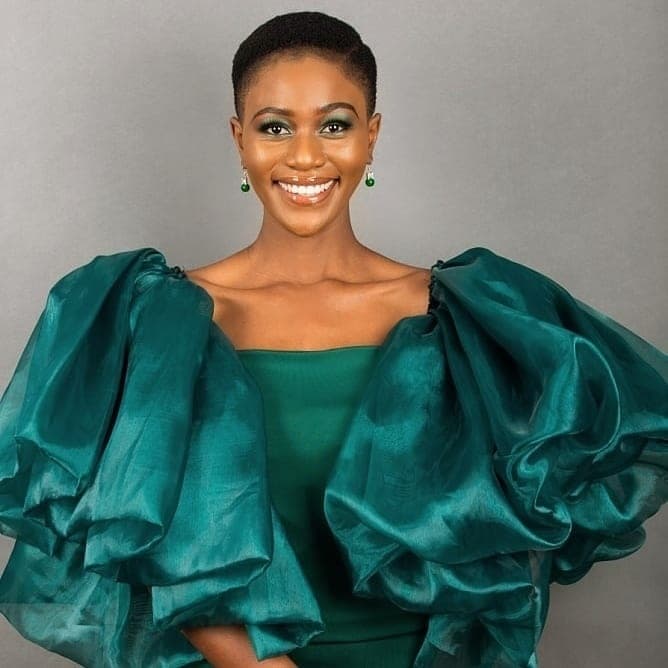 The actress has appeared in a series of TV productions including Veza, the Movie, Tangled, and Queen Sono on Netflix, and now portrays the character “Mary” in the groundbreaking movie, ‘The Signal,’ which is about a lethal sound that travels through space and corrupts everyone who hears it, turning them into soulless devils under its control.

In a recent interview, the actress says playing Mary taught her that an actor’s performance is only limited by their imagination. Her early career path never led her to cast offices for movies and television shows. Also, Natasha Dlamini was an academically gifted child who chose to major in law as her first choice. She applied for a scholarship to study law after completing her Advanced Level, but regrettably, it was unsuccessful. She came upon an acting advertisement one day while reading the newspaper, one that needed her to fly to Harare for the casting. In the audition room, which later served as the first time she met her true self, she vividly recalls feeling at home.

Being who she is without bias has only intensified the creativity of her craft and style — at least, from what we can see.

“What I admire the most about my craft is that when you create a character you can’t judge it, you just have to play it truthfully because it’s important that we tell the truth as much as possible in our craft so that people feel less alone. Each of the few productions I have been a part of has taught me different qualities such as patience, hard work, love, strength, and handling rejection”, she said while speaking with Glamour SA.

However, while the actress’s career is currently blowing up, we are particularly carried away by her strong penchant for short haircuts. Be it on the red carpet or on the streets, Natasha isn’t afraid to embrace her natural look. And we don’t know how she does it, no matter what the 25-year-old is wearing, she’s sure to turn heads. Ahead, keep clicking through the gallery for snapshots of the Zimbabwean star effortlessly and boldly rocking the hell out of the short ‘do.

At the premiere of one of her movies ‘Veza,’ the actress embraced a bold look with her short haircut and was outfitted in a crimson red pantsuit and matching gloves.

Looking pretty in her short hairdo, Natasha Dlamini attended the premiere of her latest movie: “The Signal,” dressed in an embellished turquoise blazer and matching pants.

Baring some skin in a cleavage cut-out jumpsuit, the Queen Sono actress oozed sex appeal as she also spotted full face makeup to highlight her short ‘do.

Celebrating her 25th birthday in style, the actress wore a flowery and ruffled maxi dress with side and cleavage cut-outs, complete with her short hair. Isn’t she looking gorgeous?

For a photoshoot, Natasha beamed in front of the camera while holding a clapperboard. Wearing a white turtleneck top, the actress further highlighted the beauty of her short hair.

Taking a bow while receiving a $5,000 dollar grant for being ‘Miss Career Africa’, 2020, Natasha was way back a short-hair junkie and we are loving it.

With a caption affirming her love for emerald green, we can only nod our heads in admiration of how beautifully she has held on to rocking her short hairstyle.

Cardi B Reveals Her Ingenious Hair Care Routine For Healthy Long Hair Growth
12 Times Danai Gurira Showed Up On the Red Carpet in the Best Dress Possible
8 Hair Goals Every Woman Should Strive For
Can Apple Cider Vinegar Really Give You Amazing Hair?
5 Tips For Choosing The Right U-Part Wig
Hair Bonnet: One Thing Every Girl Should Have
Omotola Jalade Wears The Little Black Dress on the Red Carpet
4 Ways To Prevent Hair Shrinkage
Share on FacebookShare on Twitter
Subcribe