Another day, and another vintage look from the American star, Zendaya Coleman.

This time the actress was attending a photo-call for HBO Max’s second season of Euphoria, and ensured all eyes were on her in a fitted strapless gown from Valentino’s spring/summer 1992 collection. The dress with vertical stripes of black and white was first worn by Linda Evangelista, one of the top supermodels from the 1990s. 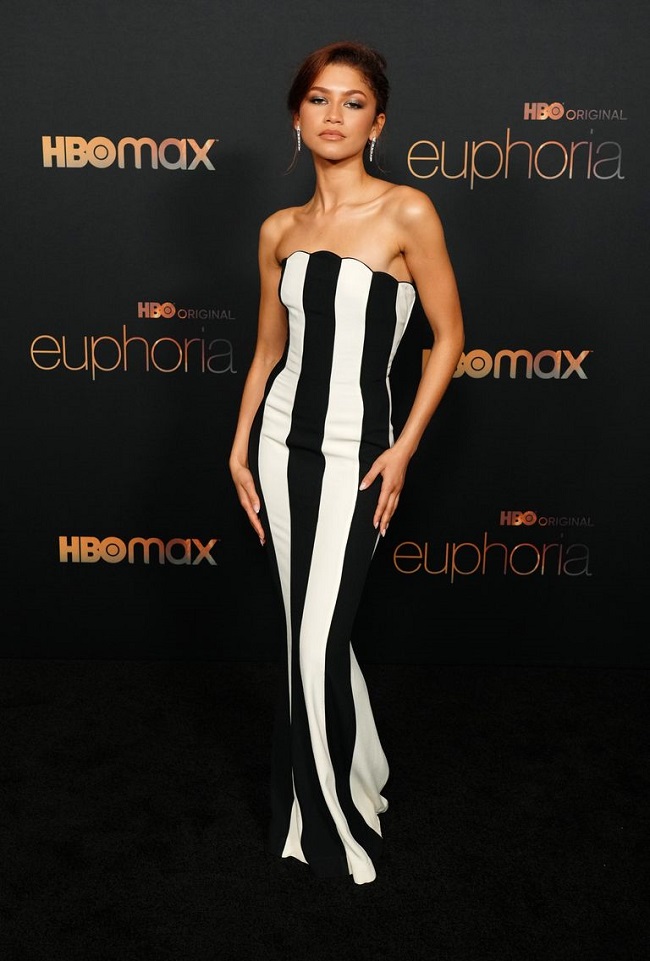 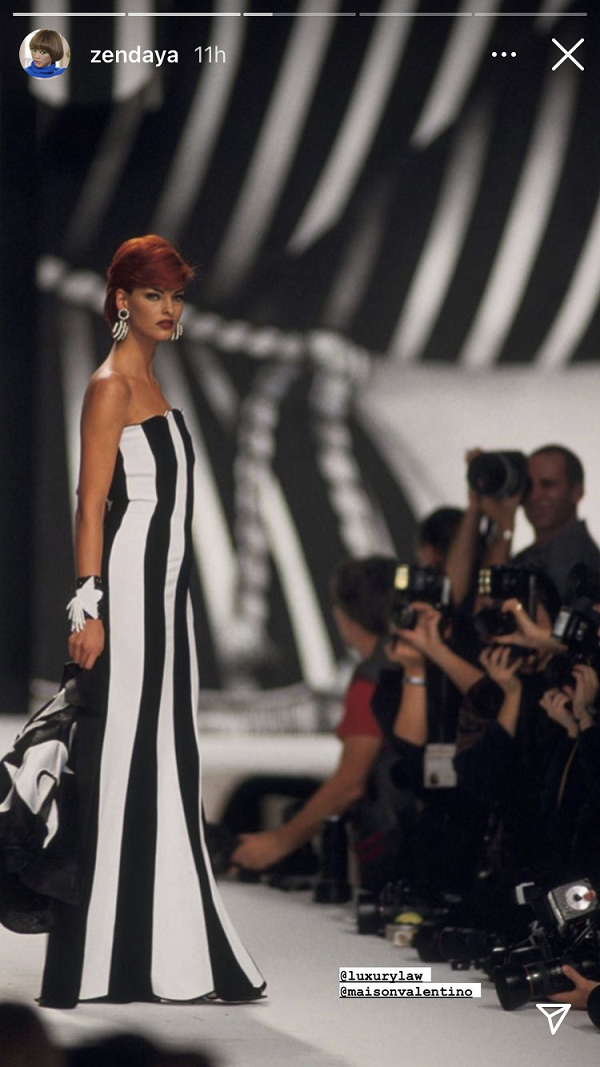 The 25-year-old Euphoria actress accessorized the glorious number with a minimal accessory, opting for just a pair of glimmery drop earrings. The dress looked amazing on Miss Coleman and it’s totally inspired us with the reason to invest in stripe dresses for a striking appearance. 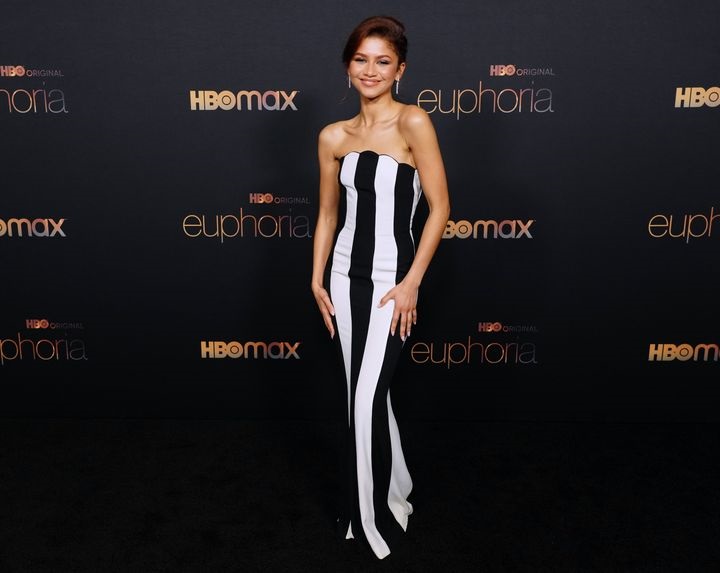 This isn’t the first time the actress is throwing it back sartorially. She’s done it not once or twice and in June last year, she recreated Beyonce’s 2003 Versace look at the 2021 BET Awards. During the glamorous night, the slender beauty was photographed serving up a veritable fashion moment in a vintage Versace sheer violet gown, which the Lemonade singer notably wore during her “Crazy in Love” performance at the 2003 BET Awards. The look was however plucked out from the Versace Spring/Summer 2003 collection. 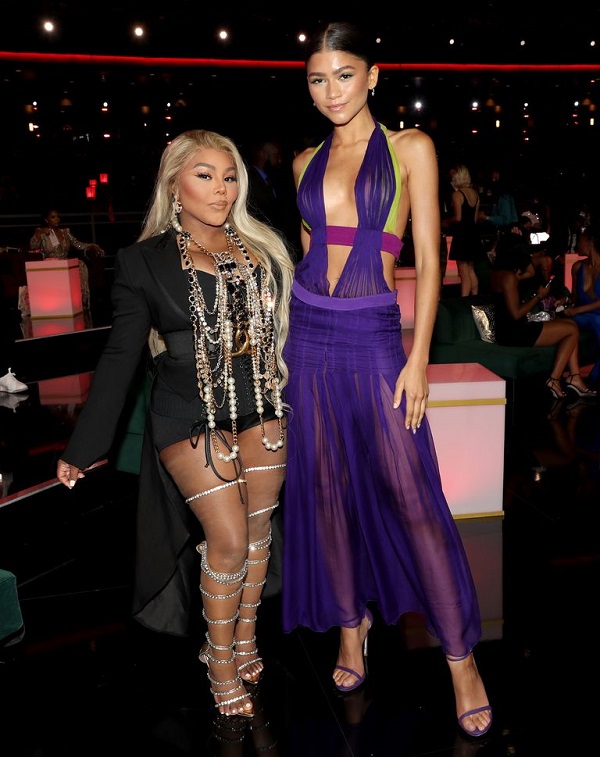 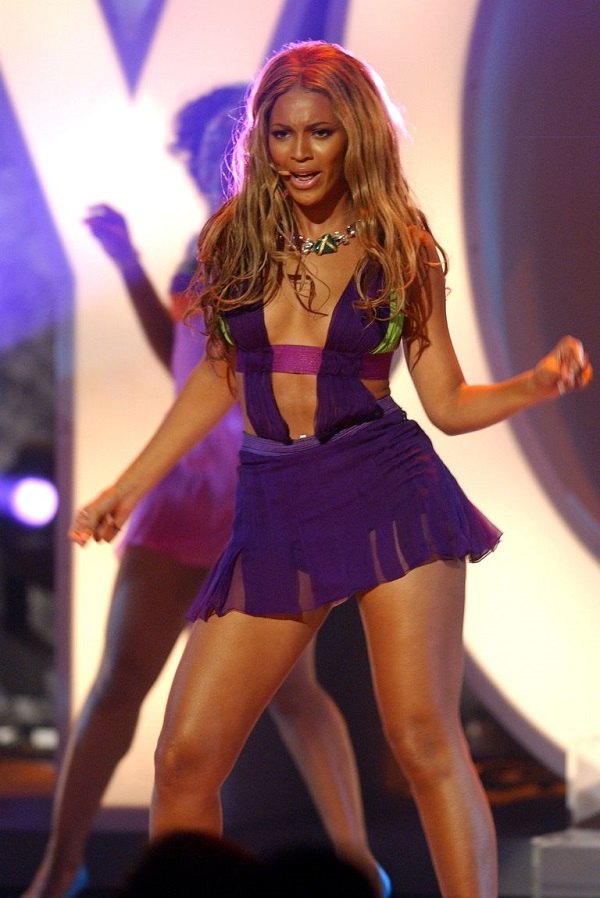 Beyoncé in the Versace dress at the 2003 BET Awards.

The Euphoria Season 2 premiere is however the actress’ first red carpet of the year and she’s no doubt setting the bar straight.

7 Outfit Ideas Worth Investing In This Year