Home » Fashion » Women Fashion » Accessories » What Really Happens To Your Body When You Stop Wearing Your Panties?
Accessories

A close friend once said she always feels better anytime she decides to not wear her panties. She manages to wear her undies only when she’s out of the house and threw them into the laundry basket immediately after she returns home.

While wearing underwear may seem like a routine, an act that has been passed on from generation to generation, there isn’t any clear explanation why people underclothes. As Dr. Elizabeth Eden, who spoke with Good Housekeeping pointed out, the most common reason is societal. “There is no one explanation as to why people wear underwear, but the most common reason is that it’s viewed as a societal norm,” she said.

However, in today’s world, a lot of women are breaking out of this norm due to personal preference. After all, why should I wear panties when I don’t feel like? While some may attribute it to comfort, some are not just a fan — perhaps because of the panty lines or health-wise. But all things being equal, there are quite some perks for going commando, and there are also the consequences.

According to Dr. Lisa Masterson of The Doctors fame, your vaginal area is “most happy and healthy when it has a chance to breathe.” So what really happens to your body if you decide to stop wearing pants?

1. The risk of developing a UTI or yeast infection is reduced

Getting an infection down there is not a great experience. It can be really itchy, very annoying, and uncontrollable. For people who suffer from reoccurring vaginal infections, putting a halt to the wearing of underwear can reduce the possibility of the infection. How does it work? Doctors say that panties have the ability to trap excess moisture and microbe that creates a moist environment down there.

The fungus responsible for yeast infections in the vagina is Candida, and this fungus thrives in moist environments according to Healthline. So, while you’re at the gym sweating, sleeping, or carrying out any rigorous activity with non-breathable panties, there’s a high possibility that an infection may occur. Although there’s no concrete evidence that proves yeast infection is linked to underwear, stopping its use is a recommended precaution.

2. You may breathe better down there if you stop wearing underwear at night

A lot of ladies these days, ditch their underwear before going to bed for good reason. Without the chokehold of your panties, your lady part can breathe and receive some much-needed air. Dr. Alyse Kelly Jones who speak with Healthline said she believes every woman’s vulva should be exposed to fresh air constantly, just like every other part of our body.

The air is great for curbing unnecessary moisture that can lead to yeast infection from candida as mentioned previously. For women who are prone to vagina infections the nightly ritual of sleeping without underwear can be very helpful in keeping the area dry and clean.

If you always experience irritations and chaffing down there, then going stopping the reign of underwear can be a great thing. Friction from underwear that’s tight is responsible for irritation and chaffing. The friction occurs as a result of the fabric the underwear is made up of. Nylon, for instance, is known to cause irritations for some people normally, imagine now you are wearing it as underwear.

As per Healthline, when you wear underwear made from artificial fabrics, you are exposed to injuries and bleeding. This is because of how harsh the composition of the fabric is on the thin vagina skin. In an article by Dr. Vannessa Mackay, she mentioned that women who are menopausal tend to have even thinner vagina skin so they are more prone to having injuries and rubbing. 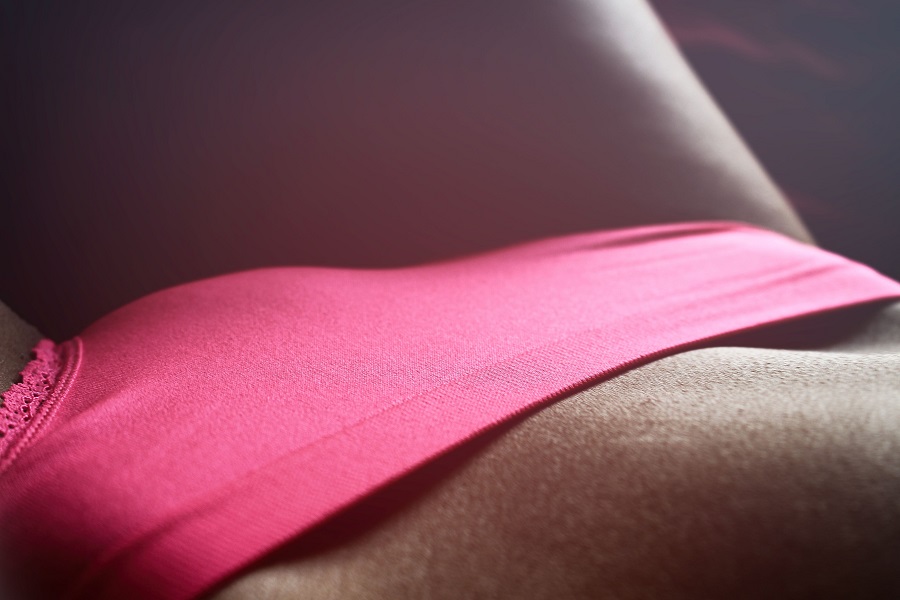 4. You may want to consider what you’re wearing if you stop wearing underwear completely

Making the switch to a panty-free life may help prevent irritations and chaffing, yes but that also depends on what you wear. For instance, loose-fitting pajamas and flare skirts are more comfortable and airy than tight pants. Not wearing underwear is great if you allow your lady parts to breathe but if you’re wearing tight jeans without it, you may be subjecting your vagina to more irritation.

Wearing tough fabrics without underwear makes no difference because your vagina can still rub against it and this can put pressure on the delicate skin of the vulva with nothing to protect it. This is even worse than the irritation from underwear. Skirts, loose dresses, and loose-fitting pants are preferable to prevent irritation and inflammation from tight clothing when you’re not wearing underwear.

5. If you stop wearing underwear, you should remove wet clothes immediately after a workout

A dark, warm, and moist place is a bacterias’ best friend. The vaginal area when confined in tight clothes like gym wear is a perfect example of where yeasts and bacteria would thrive. Introducing sweat from workouts into the picture makes the situation even worse, so regardless of whether you’re rocking underwear or not — you should change out of your yoga/exercise clothes immediately you’re done.

A popular fitness lover, Isis Briones, wrote a personal essay for Health and in it, she admitted that before she decided to ditch underwear, post-workout she used to stay in her wet yoga pants for hours. She would eat and run errands before going home to change and shower. She later realized that it was healthier to change the exercise clothes and bath immediately after. If you decide to live underwear-free, then you must wash your fitness outfit after every use.

6. You may reduce your risk of experiencing allergic reactions if you stop wearing underwear

According to a Fox News report; Underwears sometimes cause rashes and allergic skin reactions. This rash or dermatitis is your skin’s response to some type of dyes, fabrics, preservatives, and chemicals which is commonly found in underwear. These allergic materials can be found in latex which is a very common material used in underwear. Skipping underwear altogether or wearing one that is hypoallergenic and latex-free is a great way to avoid this.

Another major cause of allergic reaction down there is your laundry detergent. A women’s health expert Dr. Donnica Moore told Considerable that the tissues that your panties come in are even more sensitive than your elbows. So, if you know you’re sensitive down there, ditching underwear entirely would be the best thing you can do for your lady parts.

7. You may see less discharge if you stop wearing underwear

Vaginal discharge is a normal occurrence for ladies. It may not be an interesting topic for many but it’s something we should talk about. Vaginal discharges occur differently in different women, it can come in trickles or plenty, it doesn’t really signify anything serious. Vaginal discharge is a combination of bacteria, mucus, fluid from the cervix, and vaginal skin cells. If you stop wearing the underwear you may see less of it, especially if you are used to wearing nylon panties.

No underwear means more ventilation in the vagina which means lesser discharge, and that is actually a good thing. Discharge has never been a cause for alarm in women unless it is tied to stress and drugs, so you should watch out for infections. Allowing your vagina to breathe, means there won’t be so much wetness there, and the risk may be avoided altogether. 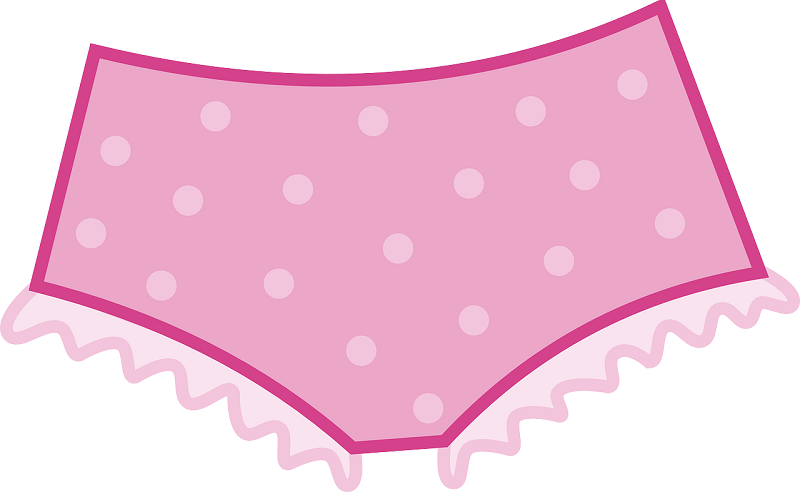 8. If you stop wearing underwear, you may be more susceptible to public bacteria

Crabs and lice are quite rare but the chances of catching them become higher if you decide to stop wearing underwear. This is because foreign bacteria may contact your skin and clothing from entering public spaces. In places like public buses, gyms, and cinemas, just be sure to keep your skirt down. According to Cosmopolitan, if you’re at the gym and plan to sit on a workout bench or the seat of a bike, your pants provide the barrier you will need to keep you from bugs or bacteria hanging on the fitness equipment.

Showering is the most common way to keep your lady parts clean especially if you’re always out and about. It can remove excess bacteria and debris that leads to vaginal irritation and infections like bacterial vaginosis. Jessica Shepherd told Well+Good that as long as you practice good hygiene and common sense, ditching your underwear in public is not so dangerous.

9. If you stop wearing underwear, your blood circulation may improve

Tight underwear like Spanx and shapewear reduce blood circulation and cause nerve impingement. When you ditch tight underwear, not only will you feel more comfortable, your blood circulation will improve. There’s a condition called meralgia paresthetica which only happens when there is excess pressure on nerves that pass through your vaginal region.

This condition causes tingling and numbness. When you stop wearing underwear, you avoid the risk of experiencing this condition as long as you don’t wear pants that cut off the circulation again.

10. You may avoid digestive issues if you stop wearing underwear

It may seem unrelated but ditching underwear can help if you suffer from digestive problems like acid reflux according to the Daily Mail. Tight underwears are responsible for pressure on the stomach which results in a push of acid into the esophagus leading to a digestive condition. If you’ve worn tight shapewear before then it might be the cause of some digestive issues you face.

Jonathan Wilson, a general surgeon at The London Clinic speaking, said; Even if you have not experienced constant digestive issues, wearing tight underwear can increase the possibility of it happening constantly.

This doesn’t mean that making the switch to no underwear, is essential but once you adopt a healthier and intentional lifestyle you may no longer feel the need to wear these things as reported by the Los Angeles Times.

It is now simply a matter of choice and preferences, but in choosing and preferring you should also consider the health of your lady parts.

Your Guide to the Classic Chanel Handbag Styles

10 Reasons Why You Should Buy High-Quality Jewelry