It’s no rumors or some hearsay but Rihanna is making a comeback to the stage and it’s bigger than you ever thought. The Fenty Beauty boss and music superstar have confirmed that she will headline the 2023 Super Bowl Halftime Show, making her remarkable return to the music scene 6-years after dropping the mic to pursue her venture in the fashion and beauty industry.

The Barbados beauty confirmed the exciting news on Sunday after sharing a post on Instagram that shows an image of the new mom holding an NFL football. Her post comes a few hours after TMZ reported that the NFL and Roc Nation have been in talks with the star to headline the big show which will take place on February 12, 2023, at State Farm Stadium in Glendale, Arizona.

Although RiRi’s Instagram post was captioned with a punctuation mark “.” which obviously stands for “Period,” fans immediately swung into the comment section to express their excitement, with one Instagram user writing: “She’s backkkkkk 🔥🔥🔥.” Another fan wrote; “I’ve never been so excited about football in my life!!! ❤️.”

Another fan even has to rename the Super Bowl Halftime Show to Fenty show. “Omggggg the fenty bowl is coming,” followed by “NFL = National Fenty League 👑.”

This comes after the multi-hyphenate stepped out to attend an afterparty for the music festival “Rolling Loud” on Saturday, in which she enjoyed a night out with her boyfriend A$AP Rocky. Rihanna dressed both romantic and edgy, opting for a ruched gray minidress layered under a gray-and-black motorcycle jacket, and complete with a sophisticated black pair of knee-high pointed-toe boots by Balenciaga. 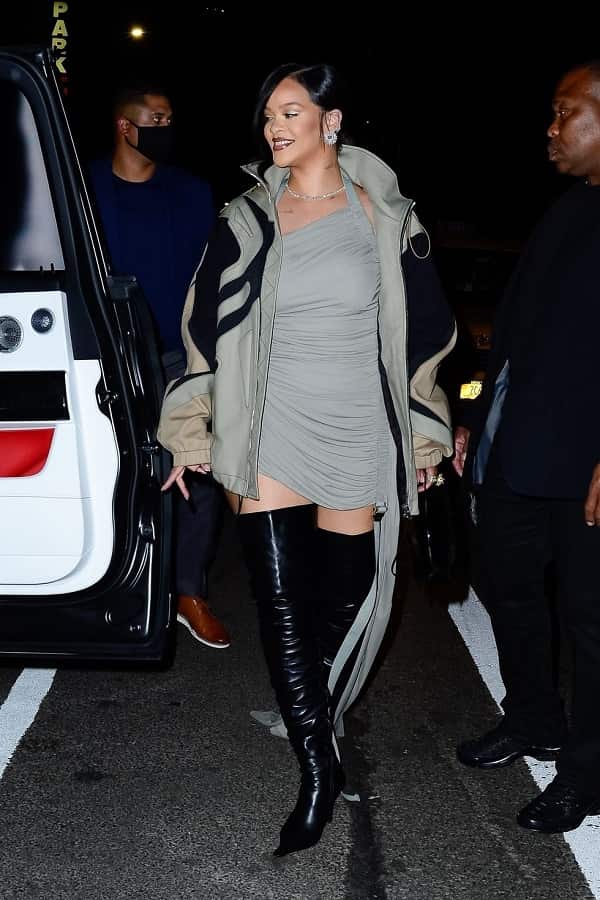 Her gorgeous asymmetrical mini is from Dion Lee’s spring 2023 collection and in Rihanna’s true style, she added a pair of starburst earrings, a diamond necklace, and an oversized diamond ring. Her glam department was very on-point with shimmering silver eyeshadow and dark lips, while her hair was styled in a low ponytail with her curtain bangs swept to the side. 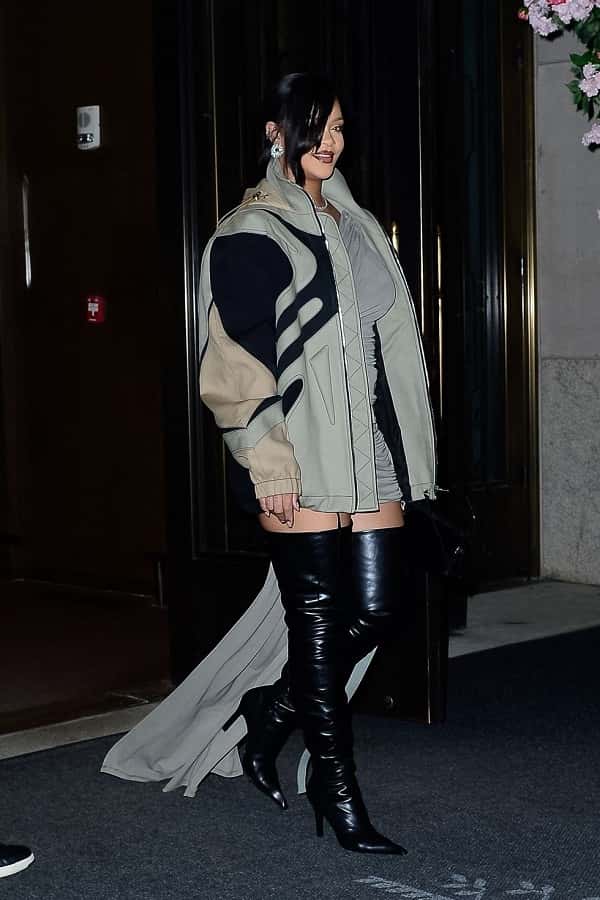 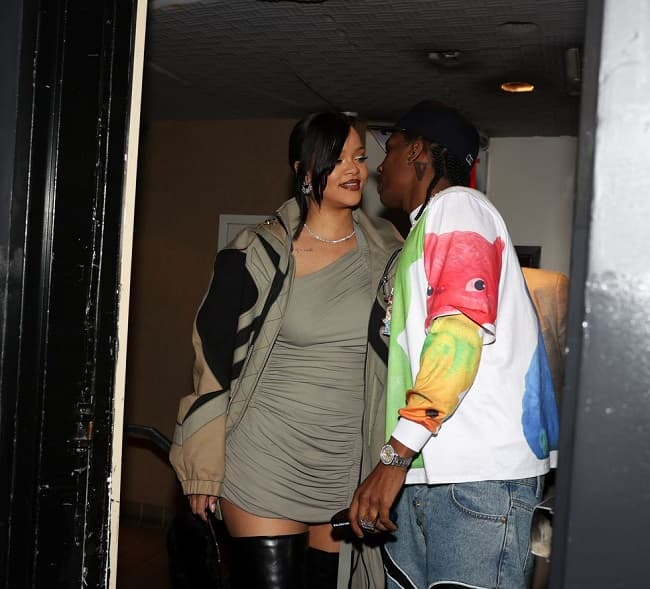 Meanwhile, speaking about Rihanna headlining the Super Bowl Halftime Show, Roc Nation in a statement described the singer as a “generational talent”

“Rihanna is a generational talent, a woman of humble beginnings who has surpassed expectations at every turn,” Roc Nation founder Jay-Z said in a statement released on Sunday. “A person born on the small island of Barbados who became one of the most prominent artists ever. Self-made in business and entertainment.”

“We are thrilled to welcome Rihanna to the … Halftime Show stage,” added Seth Dudowsky, NFL Head of Music. “Rihanna is a once in a generation artist who has been a cultural force throughout her career.”

Rihanna will however join the list of other music heavyweights such as Michael Jackson, Beyoncé, Lady Gaga, Jennifer Lopez, and Shakira, who have previously headlined the Super Bowl. Others also include Dr. Dre, Snoop Dogg, Eminem, Kendrick Lamar, and Mary J. Blige, who all made buzzy headlines after their performance in the 2022 Super Bowl halftime show.

Lagos Fashion Week Returns: Here's What You Need To Know