In the next one week or more, everyone will be talking about Cardi B’s red carpet looks because she’s going to give fans some sartorial treat on Sunday, November 21 at Microsoft Theater in LA. The American rapper is set to host the 2021 American Music Awards tomorrow and two days before the ceremony kicks off, Cardi stepped out for the official red carpet roll-out looking like a bombshell.

For the event that took place on Friday, Cardi proved herself a master of the red carpet once again as she wore a black velvet crystal-embellished gown. The shimmering black number featured thigh-slit and a high-neckline with cut-outs above her chest. She completed the floor-length look with pearl and black heel sandals. On top of that, Cardi added extra glamour as she opted for shoulder cascading curls, smokey eye makeup, and nude dark pink lipstick. 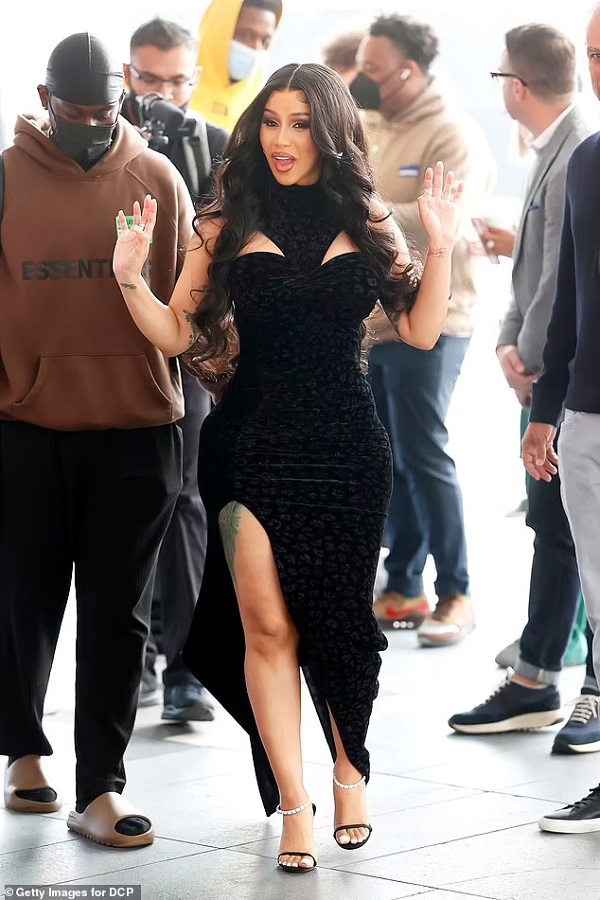 The singer will make her hosting debut at the event and everyone is already on the tenterhooks waiting to see her wow the audience. Performing in the show includes Bad Bunny, Olivia Rodrigo, Silk Sonic, Tainy, and Julieta Venegas, with the world premiere performance of “Lo Siento BB:/,” BTS with Megan Thee Stallion.

While talking to Variety, Cardi gave a glimpse into the night and according to the star, she just going to be herself. “And I’m just going to be myself. That’s it,” she said. “There are some things I read on the teleprompter, but I’m going to freestyle it because I don’t like feeling like I’m talking like a robot. I just want to be myself.”

In a video released to her Instagram last, the singer also teased the glamorous show with the caption: “Haaaaan who’s ready for the @amas on Sunday?!?! We gonna have a good ass time !!”

This Bride’s Gorgeous Wedding Gown With 500,000 Swarovski Crystals Is All You Need To See Today