Every season, Balmain treats its audience to a spectacular Paris Fashion Week show. The French luxury fashion label is no stranger to its gang of supermodels and iconic muses — say, Kim Kardashian, Jourdan Dunn, Kendall Jenner, Naomi Campbell, Iman, and more. They show up wearing the next season’s offerings and all the camera bulbs start blindingly flashing. Last night, the house marked its 10-year anniversary of creative director and Olivier Rousteing went for the same spectacle adding Beyonce to the list.

The spring-summer 2022 show featured a long list of celebrity models including Naomi Campbell, former French First Lady Carla Bruni, Milla Jovovich, and Natalia Vodianova. There was also a performance by Doja Cat and a letter from Beyonce delivered as a voice-over. 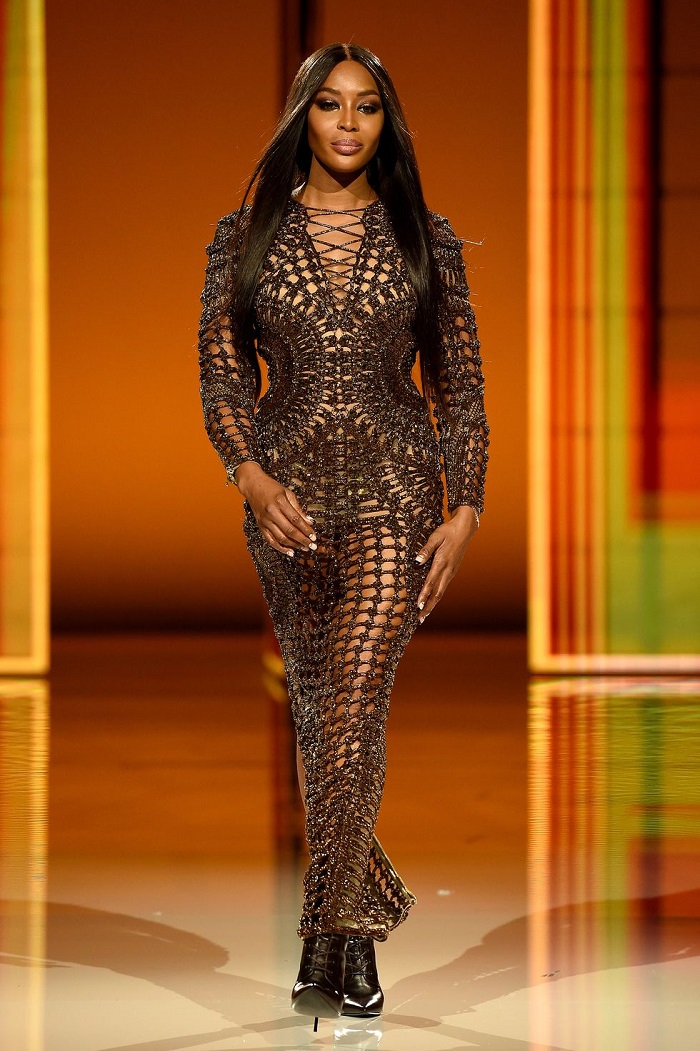 “I am incredibly happy to salute you on this special occasion in Paris,” the superstar praised the designer in a voice-over during the show, referring the “special occasion” to Rousteing’s 10 year anniversary at Balmain. 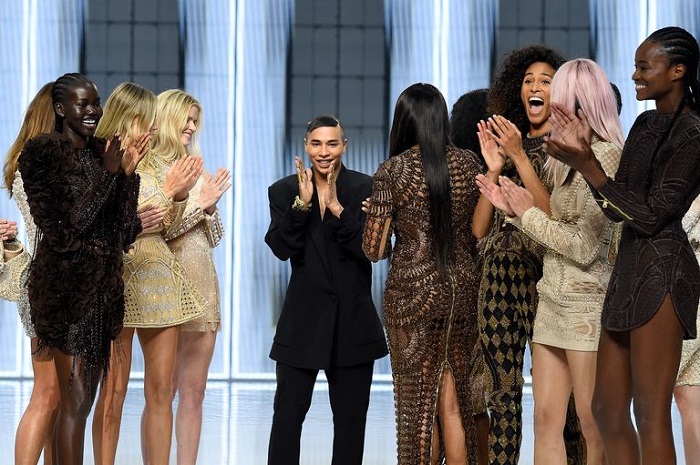 Taking place at the Seine Musicale in Paris, the show opened with Campbell sashaying her way down the runway as she wore a bronze embroidered gown from the label’s Spring/Summer 2022 collection. Nigerian Mayowa Nicholas as well as South Sudanese model Adut Akech also walked the runway, alongside notable faces like Milla Jovovich, Karen Elson, Imaan Hammam, Natalia Vodianova, Soo-Joo Park, and Precious Lee. 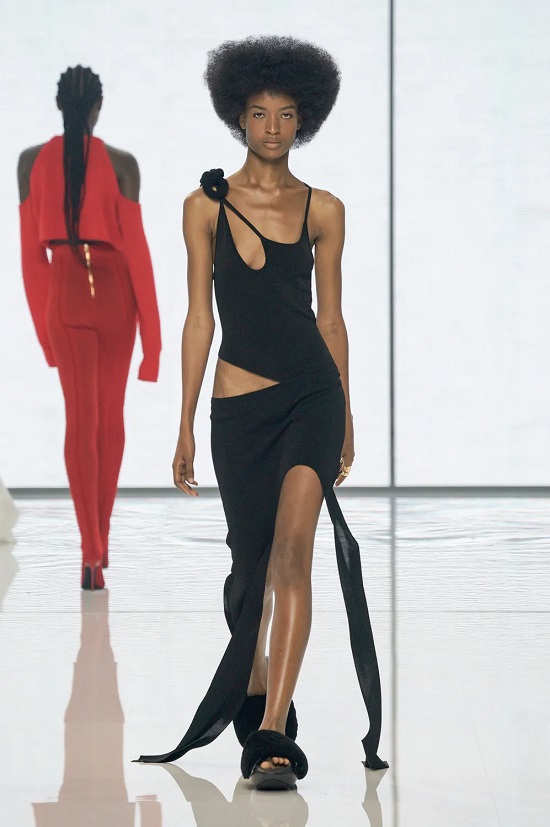 As for the collection, Rousteing gave a whole new meaning to sexy with an extremely sultry, high octane number of pieces delivered in quite a range of colors. 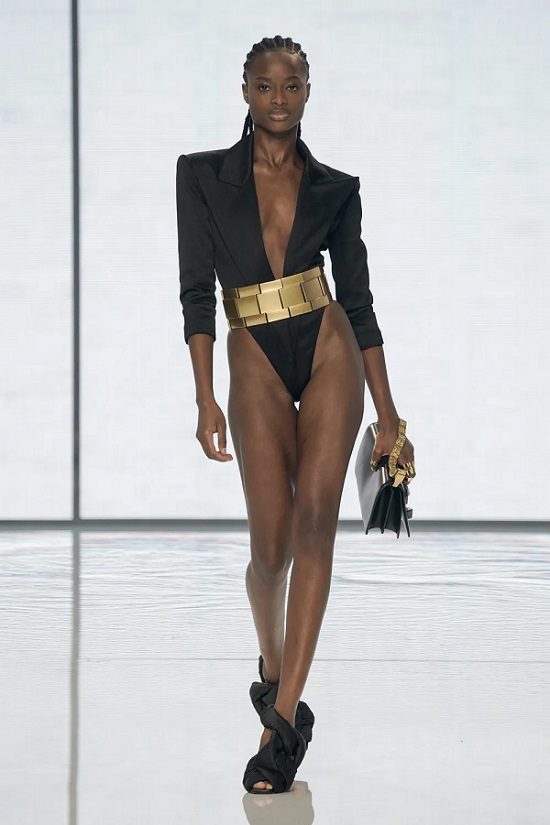 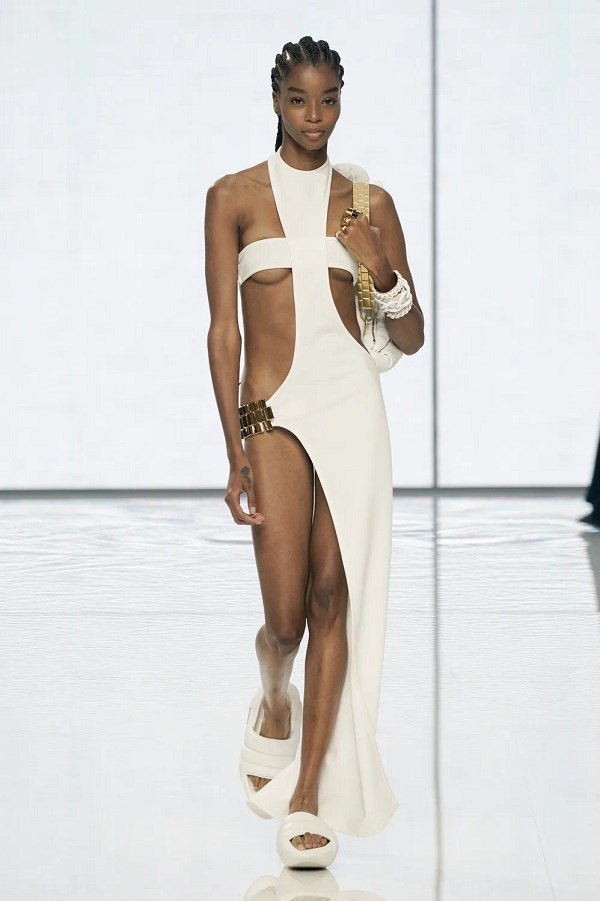