Beyonce and Blu Ivy are really treating us to some mother-daughter photo moment today.

This morning Beyonce shared a series of photos that she took with her family during the 2022 Wearable Art Gala in Los Angeles, last Saturday. Bey was the epitome of glamour in the chic snapshots where she wore a custom strapless Gucci gown with a black satin bodice and a long feather-trimmed floor-sweeping train.

The Instagram post also includes a group photo of her daughter Blu Ivy, husband Jay-Z, her mother and stepfather, Tina Knowles-Lawson, and Richard Lawson. But the best part is another photo of the music superstar posing with her 10-year-old fashionista daughter who rocked rich blue pantsuits and a pair of super chunky black platform shoes. 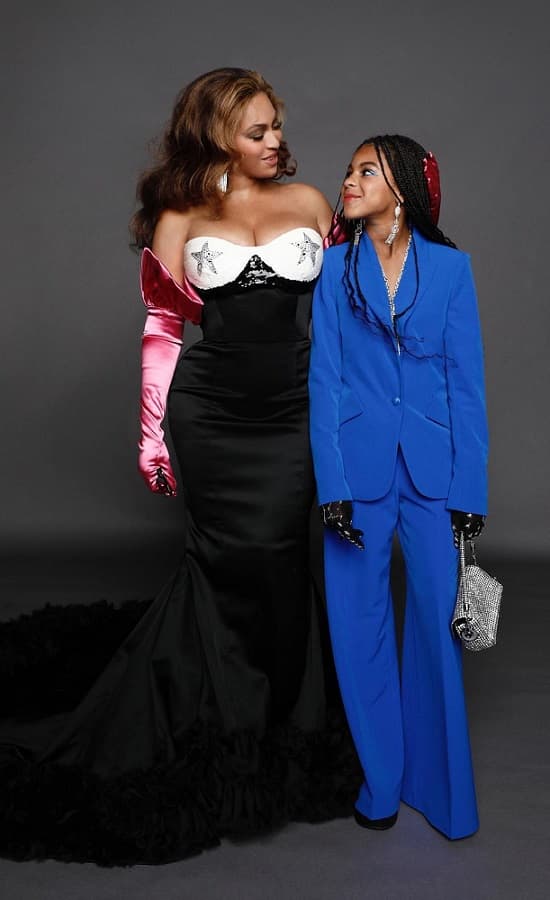 We don’t get to see the red-carpet photos of the duo more often and the recent snapshot of Blu appeared to be spitting image of her mother. The picture, which shows just how closely the mother-daughter duo resembles each other, captures the pair gazing and smiling at each while posing for a photoshoot.

Blu completed her posh look with silver accessories which includes drop earrings, a long chain necklace, and a small handbag, while she wore her hair in long braids. 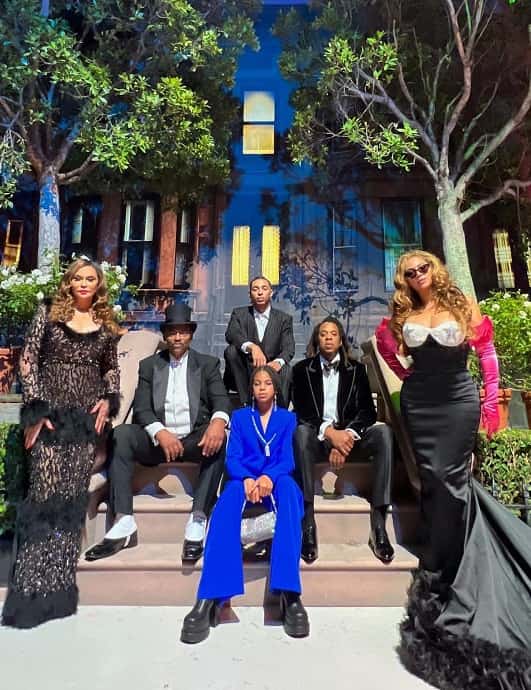 There’s no doubt the 2022 Wearable Art Gala was a family affair. Co-founded by Bey’s mom, Tina Knowles-Lawson, and her husband, Richard, the night was the 5th anniversary of WACO (Where Art Can Occur) and the theme celebrated the fashion from the 1920s-1950s Harlem. As an occasion that supports artistic and youth mentorship programs, Blu was put to bid on one of the gala’s most coveted auction items, which is a pair of Lorraine Schwartz Diamond earrings that the grandmother, Tina, was wearing during the evening.

But however, she lost the bidding war to Mielle Organics founder, Monique Rodriguez and her husband Melvin, who went home with the covetable piece at the final bidding price of $105,000.

How to Choose Your Bridesmaids Accessories For The Big Day