The epitome of beauty and every woman’s special asset is her hair, often called the crown. Women from every race have different hair textures and coils but there’s just something unique about African women’s hair. African women have a type of hair texture called kinky coily hair, unlike straight hair or curly hair, we do not have the luxury of wearing their natural hair down unless it is stretched out with heat or chemicals.

Many centuries ago, black women lived their lives centered around how the Western world saw them. The story of our kinky hair dates back centuries, back to the time when white women were the set standard of beauty and as such, it was a dream and every woman’s greatest wish to look like them. African women diverted from traditional hairstyles like braiding and up do’s and started looking for ways to adopt European-inspired hairstyles. This was the era when harsh relaxers made specifically for black women became rampant. Relaxer was the only alternative, to wearing our hair straight, the only way we could style and manage our kinky coily rubber hair.

As much as the relaxer brought about the desired straight look, it came with damage and it had to be used over and over again, leading to more damage and unhealthy hair when proper care is not given. The other alternative to relaxing our hair was and still is wigs. Wigs are most commonly used by black and African women all over the world. 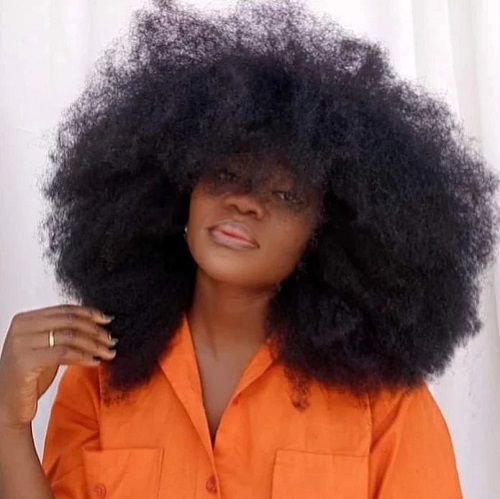 The history of black women and wigs also dates back centuries, back to 15th century Egyptians for that matter. At a point in history, the use of wigs declined until the early 90’s to the 2000s when synthetic wigs became a thing in the entertainment industry. Our women could see these white women on television, in magazines, and on billboards all over, there was barely any representation of our Afro or the beauty of our traditional hairstyles in the entertainment and beauty industry. So, it comes as no surprise that African women wanted more than anything to have their hair look like white women.

In workplaces, straight hair is deemed more professional, in business and political settings, straight hair is also more acceptable than our coily hair. Our hair was deemed unprofessional in many business climes then and even today, it continued to remain that way. Fast forward to the early 2000s there was a strong move, more African women began to embrace their natural hair and wear it in Afros. The beauty industry began to face strong backlash for the misrepresentation of African women as well for declaring the standard of beauty to be white women and their straight hair. They began to introduce black models wearing their afro or braided hairstyles, this slowly started to break away that inferiority and change the mindset of a generation.

As much as more African women began to embrace our own natural hair, we had to admit that natural hair is quite difficult to manage or style the way you want. At that same time, the human hair market began to gain recognition and fire up. It was only good for many women to wave goodbye to synthetic hair and smartly embraced the human hair wave. Although it’s not natural, human hair affords African women the luxury of wearing their hair straight in different styles, like curly or wavy. And the availability of options as well as the versatility made the human hair industry a big hit. As much as human hair is expensive, many African women do their all to have at least one human hair wig to their name.

From Brazilian to Indian and Peruvian hair, the biggest market for human hair remains African women. Our love for human hair and wigs doesn’t diminish the fact that we love our Afro hair it is proof of it. Although many of these women place great importance on the price and quality of the hair for reasons ranging from showing off to pride to an inferiority complex, the wearing of human hair wigs by black women today is no longer tied to the set standard of beauty by white people.  That ship has long sailed. 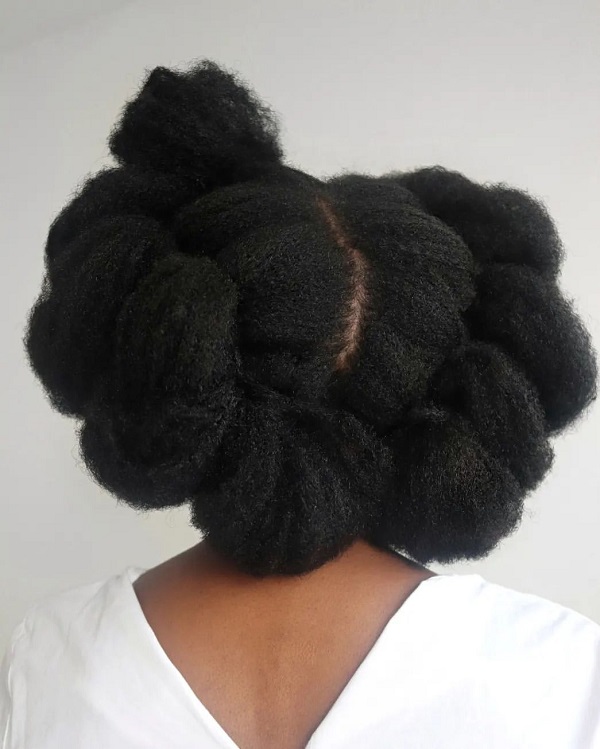 However, in America today, many states are just beginning to pass into law what is called ‘The Crown Act’; a law that allows Black and African women to wear their Afro to work without being discriminated against. The law doesn’t allow businesses to discriminate against women for wearing hair that is significant to their race. The fact that this law was passed for the first time in 2019, tells you what many black African women in America have had to go through to maintain “professional-looking” hair.

Bear in mind that the law has not even been signed in all states of America. What about other parts of the world and in Africa? The professional standard is still straight hair even though many women are now fighting against it.

African women have a very complicated relationship with our kinky hair and that’s a pure truth. As much as we love to embrace it, we can’t rock our afro hair every time we want because it will lead to breakage and of course hair loss. This is why there are protective styles like braids with extensions and normal braids lying under the wigs. Wigs allow our hair to grow and rejuvenate. When it comes to African women wearing wigs there are many parallels and different ways to look at it.

Regardless of the influence of the massive natural hair movement, the system we have been forced to conform to, from the colonial era where straight hair is depicted as “better” while our natural coily texture is looked at as “bad” still perseveres today. Until all of these complexities are tackled and completely washed off can black women truly embrace their natural hair? On another note, even if these issues are settled and we still wear our Brazilian wigs, does that mean we are not embracing our natural hair? It simply means we understand the beauty of versatility, the joy of being an African woman is being able to look like a goddess whether in Afro, straight hair, or curly hair.

African and Black women should be able to wear their hair anyhow they want without judgment just as women from other parts of the world can. Why is the love for our hair put into question when we decide to be versatile and why do African women always face criticism when we wear our hair natural, relaxed, or top it up with wigs! If you ask me, African women are truly embracing their natural hair. Period!

The Best Beauty Looks From The 64th Annual Grammy Awards