Unless you are a bride, no one understands the challenge of finding your dream wedding gown.

While it may be an easy feat for some women to just walk into the bridal shop and come out with a box of their wedding dresses, it takes others quite some time to finally come to a conclusion about what they’d wear. Naturi Naughton found her perfect wedding dress when she was still dating and neither did she know she was going to marry her then-boyfriend.

Well, Naughton and Two Lewis are now married. The couple walked down the aisle over the weekend on April 2 at Atlanta’s St. Regis, where she wore the wedding gown she found in 2019 before getting engaged.

Naughton however sat down with the Brides to narrate the story surrounding the beautiful wedding gown.  “I met a bridal designer Immaculada Garcia in Barcelona when I took a trip there three years ago,” Naturi told the magazine in an exclusive interview. “I was there for a premiere with 50 Cent for Power and she dressed me.”

Naughton continued: “While I was at her shop, I saw her bridal line and she said I could try one on. I said, ‘Well I just started dating this guy and he could be the one.’ I remember telling him that I tried on a dress and if things go well, you just might see it.” 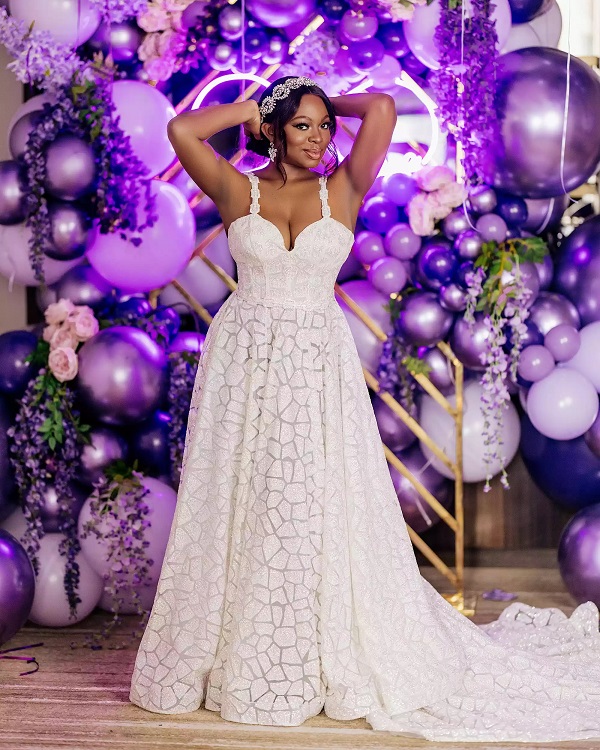 The American singer and actress who played Tasha St. Patrick in the hit crime show also narrated that the designer brought the dress to her while coming to New York City to attend the bridal fashion week. “She comes in with a garment bag and she said, ‘I couldn’t have imagined this dress on anyone else,'” says the bride. “That was something I was so grateful for. I have literally now been holding this dress for three years.”

The strappy number was however the first gown of the day she wore for a photoshoot with her bridal party. The actress accessorized the floor-grazing gown with a silver tiara and silver dangling earrings.

Once the time was set for the main ceremony, Naturi quickly switched into another breathtaking confection, a shimmering Berta gown that came with a stunning bustier and charming bow ties on the shoulders. She gushed over the dreamy gown which was completed with a long overskirt. 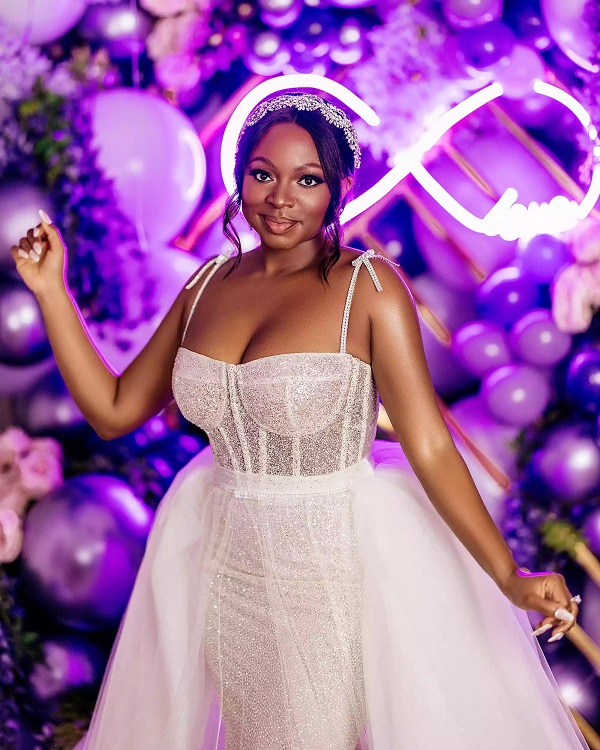 “The way the dress sparkles when I move looks like my body is covered in diamonds,” the bride said. “I wanted to bring the drama with a long and gorgeous train.”

However, while the brides’s 4-year-old daughter served as the flower girl of the day in a beautiful white tulle dress, the groom was color-coordinated in a custom cream suit by London-based Ghanaian designer Ozwald Boateng, paid with Gucci shoes and a purple bowtie and boutonnière. 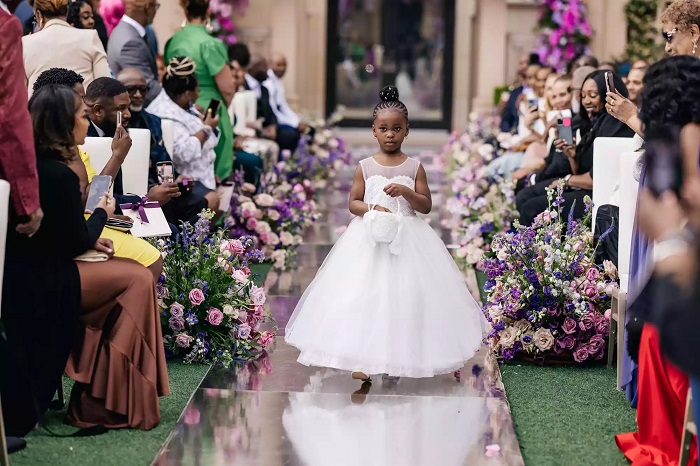 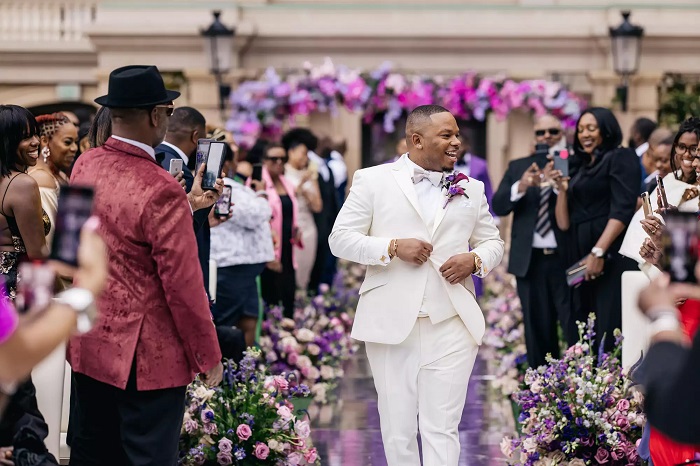 3 Things To Consider When Choosing Jewelry For A Man

The Bride’s Guide To Selecting The Right Bridesmaid Dresses