Kate Middleton looked radiant as ever as she arrived for the Earthshot Prize Awards on Sunday evening, wearing a floor-length Alexander McQueen Gown for the occasion.

Whilst thousands have been waiting for this moment to see the reveal of what The Duchess of Cambridge would wear to this star-studded event, it’s clear to see it was worth the wait. The brunette beauty has history when it comes to re-wearing her famous looks and after ten years, she went back to the archives and dusted off her lilac goddess gown she first wore to the BAFTA black-tie event during her first-ever royal tour of Canada and the U.S in 2011.

Middleton wore the pleated number with minimal accessories, opting for just a pair of stud silver earrings and the matching clutch. She also showed off her tiny petite frame adding a belt with lilac embellishments while her hair was styled into loose waves over one shoulder. 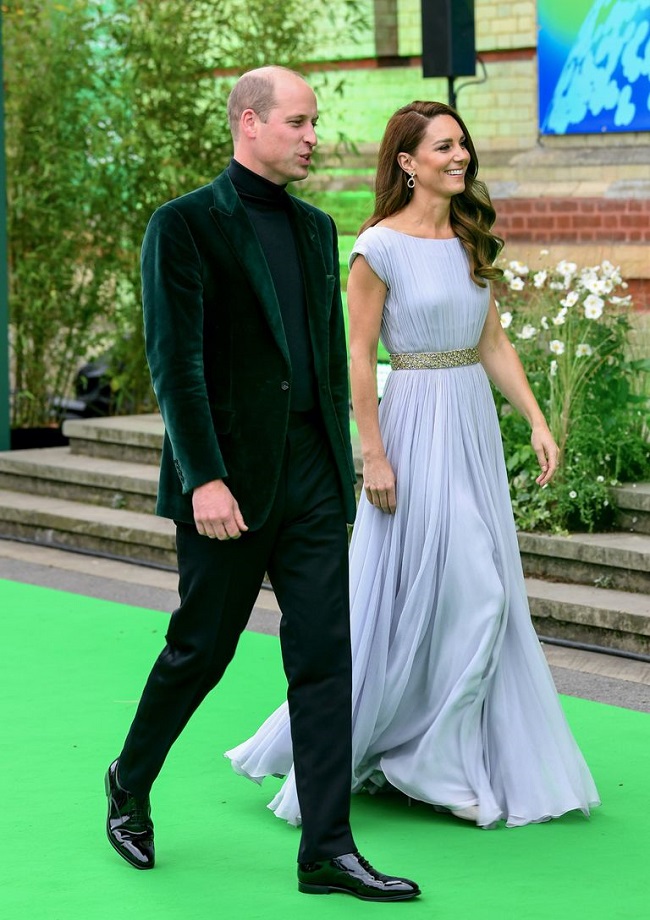 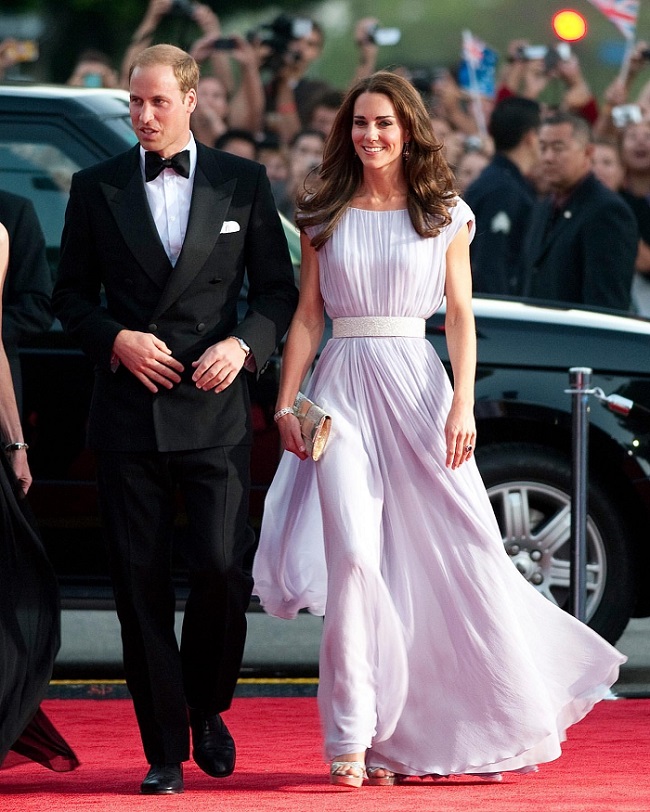 Prince William and Kate Middleton at the BAFTA black-tie event in 2011.

As usual, Prince William was also on sight, walking the awards’ green carpet in a dark green velvet jacket, paired with a black turtleneck shirt and black pants.

The Duke of Cambridge in collaboration with The Royal Foundation announced the inaugural Earthshot Prize last year, offering £1 million to five different environmental activists and entrepreneurs towards their initiative, from a shortlist of fifteen nominees. As per the Duke, the conservation effort is the “prestigious global environmental prize in history.”

There was also entertainment during the event with a star-studded list of performances, including Ed Sheeran, Coldplay, KSI, Yemi Alade, and Shawn Mendes; as a special part of the show.