As a bride wanting to steal the show on the big, there’s nothing as fulfilling as outfitted in a dreamy wedding dress with fashion-forward details and contemporary appeal but for Jordyn who’s from Idaho, her big day was all about evoking vintage charm. Rather than sauntering down the aisle like a modern bride, Jordyn surprisingly dusted off the very dress her grandmother wore at her own wedding in 1962. The gown, a fit and flare number that featured lacy long sleeves and a modest neckline looks really beautiful on the bride: 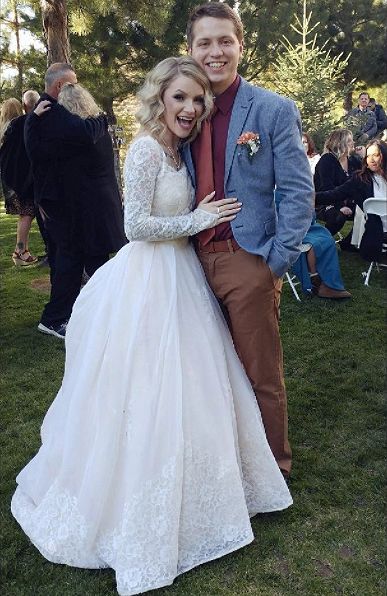 “I decided to wear my grandmother’s wedding dress over two years ago,” Jordyn told Yahoo Lifestyle. “I played with the idea of wearing her dress while trying on new designer dresses but came to the realization that I wasn’t going to find that ‘antiqued/vintage style’ dress within our budget — but especially with the sentimental value as well.” 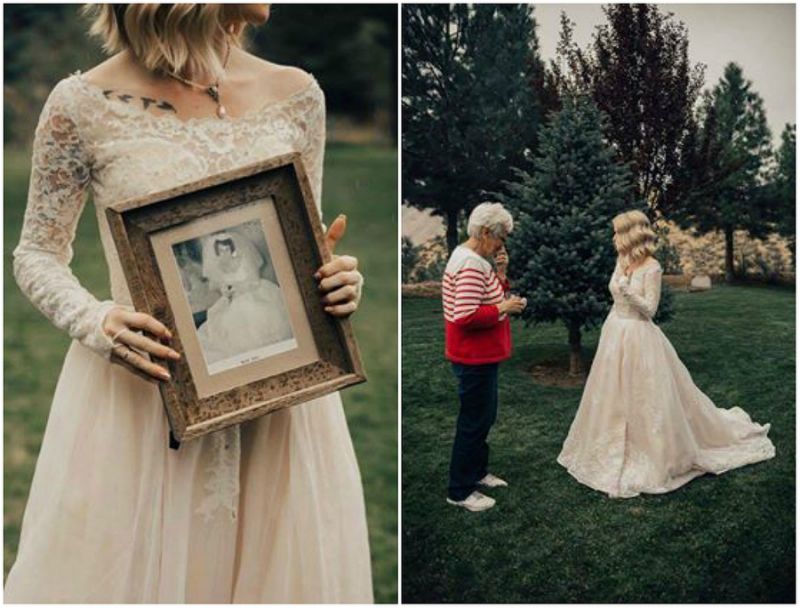 According to the media outfit, Jordyn’s grandma had no idea the granddaughter was going to wear the wedding dress she wore 55 years ago and her reaction was priceless seeing her Jordyn descended the aisle in the classic creation. “She was completely and utterly speechless. She whispered to me, ‘I married my high school sweetheart in this dress, now so will you,’ ” Jordyn says. “We actually started dating in middle school! It was the most spiritual and emotional moment of my life. No better way to pay tribute to the legacy of my widowed grandmother. I couldn’t be happier or more blessed.”

But apart from the beautiful moments, Jordyn approach was the coolest way to revive that nostalgic feel in her grandmother. As the wedding photographer, Kortney Peterson puts it,  “Her reaction was one of the sweetest reactions I’ve ever seen. Tears were automatically brought to her eyes, and her grandma kept repeating ‘1962 … your grandfather would have loved to see this … I married my sweetheart in this … and now so will you.’” 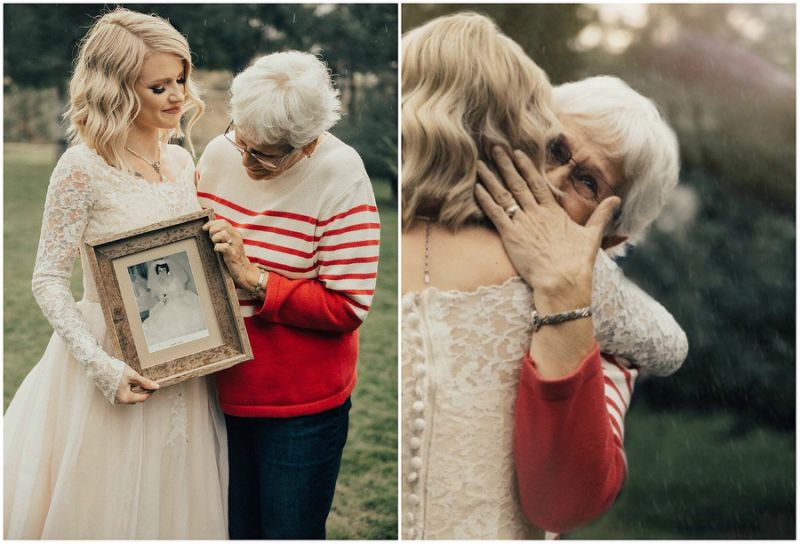 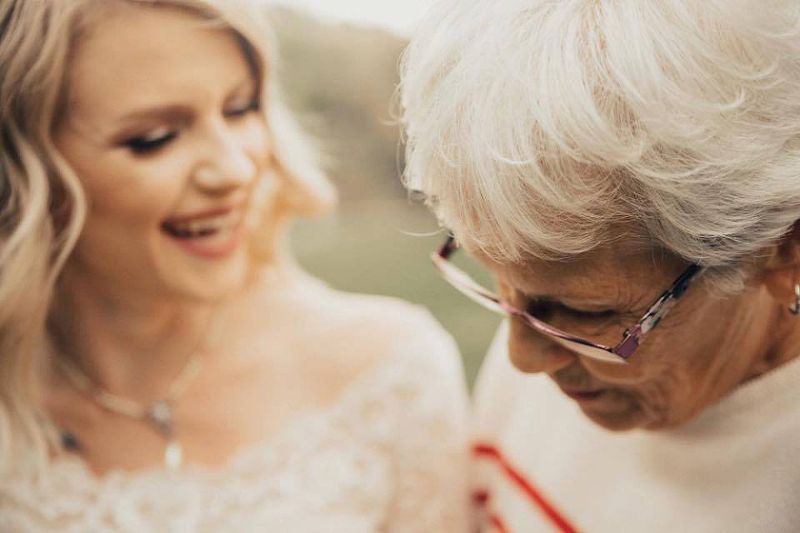 “I think what made the moment so special was that the bride’s grandma had no idea. She thought her dress was scrapped months ago,” Peterson added. “So her realizing that Jordyn cared so much for it, really hit her emotions hard and it was so beautiful.”

You'll Want To Wear Rihanna's Shoes Once You See Them

The Best Street Style Worth Seeing From Paris Fashion Week