Beyonce is back again with a new Ivy Park x Adidas collection and this one is big.

The singer in collaboration with the sportswear giant has released the campaign video and images of its upcoming Ivy Park x Adidas collection and it is inspired by Black cowboys and cowgirls.

In the campaign, Bey could be seen flaunting her brand’s latest offering which includes a denim bodysuit, denim chaps, and a cow print sports bra and leggings set. 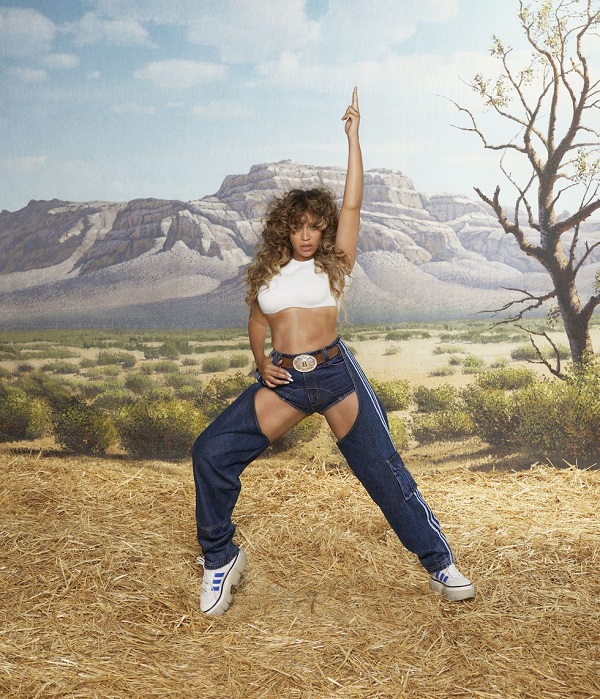 Joining the singer in the cowboy-inspired campaign is none other than Emmy-winning actor Glynn Turman who is dubbed as an accomplished horseman. Emily Diana Alba and other famous faces are also in the campaign.

According to the brand, the new collection is inspired by Black cowboys and cowgirls, and the impact of Black men and women on American Western culture. “The collection celebrates oft-hidden history of Black pioneers within cowboy and cowgirl culture and their continued influence and impact on the American Rodeo.”

Bey also added she’s proud to represent her roots. “After understanding where the word ‘cowboy’ came from, I realized how much of the Black, brown and Native cowboy stories are missing in American history,” Beyoncé said in a statement. “I am proud to represent Houston culture, my roots and all the people who understand fried Snickers and fried turkey legs.”

Meanwhile, the Ivy Park Rodeo collection will be released on Adidas.com on the 19th day of August.

How Joselyn Dumas, Omotola Jalade & More Showed Up At The Wedding Of Kehinde Daniel and Adebola Williams

7 Wardrobe Upgrades You Can Make To Be More Sustainable